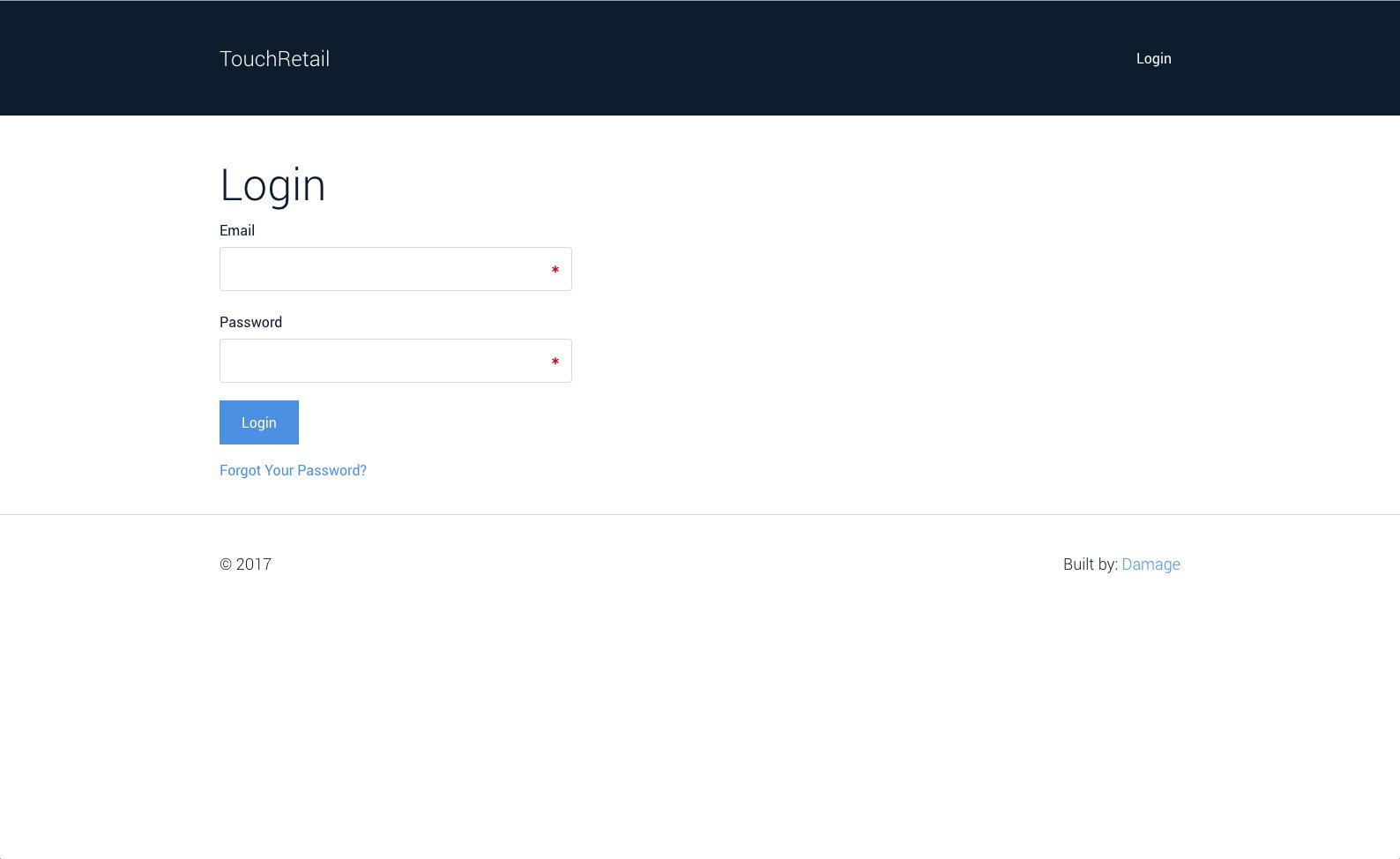 The Touch Retail project was undertaken whilst working at Damage and was purely a backend development task.

The brief was simple, to integrate with an existing ePOS system using the providers API in order to gather customer data and create voucher codes specific to that customer.

I started off the task with my standard Laravel setup which includes the built in Laravel Auth system and began putting together a Class to speak to our API. The ePOS provider only offered some basic documentation so it was up to me to come up with an efficient way of communicating with the API, for this I decided to use Guzzle & just setup the Class with some static functions.

I decided to go this route, simply because of how the data was being piped down, it needed a lot of work to get it into a usable state for us. So I decided to get this out of the way as early as possible.

After completing the integration with the API, it was time to actually start structuring the application. There were some basic endpoints added behind the Auth Middleware, tied to a more complex scheduling system.

The Laravel Task Scheduler saved me a bunch of time as it had all the basic groundwork already done for me. So it was simply a case of setting up which calls I needed to make and at what times.

When this was all done, because of the automated nature, I put in a simply activity log for the client so that they can see what is happening in realtime.

I've had the joy of working on these projects recently: